Sell us your machine

What kind of machine are you looking for? 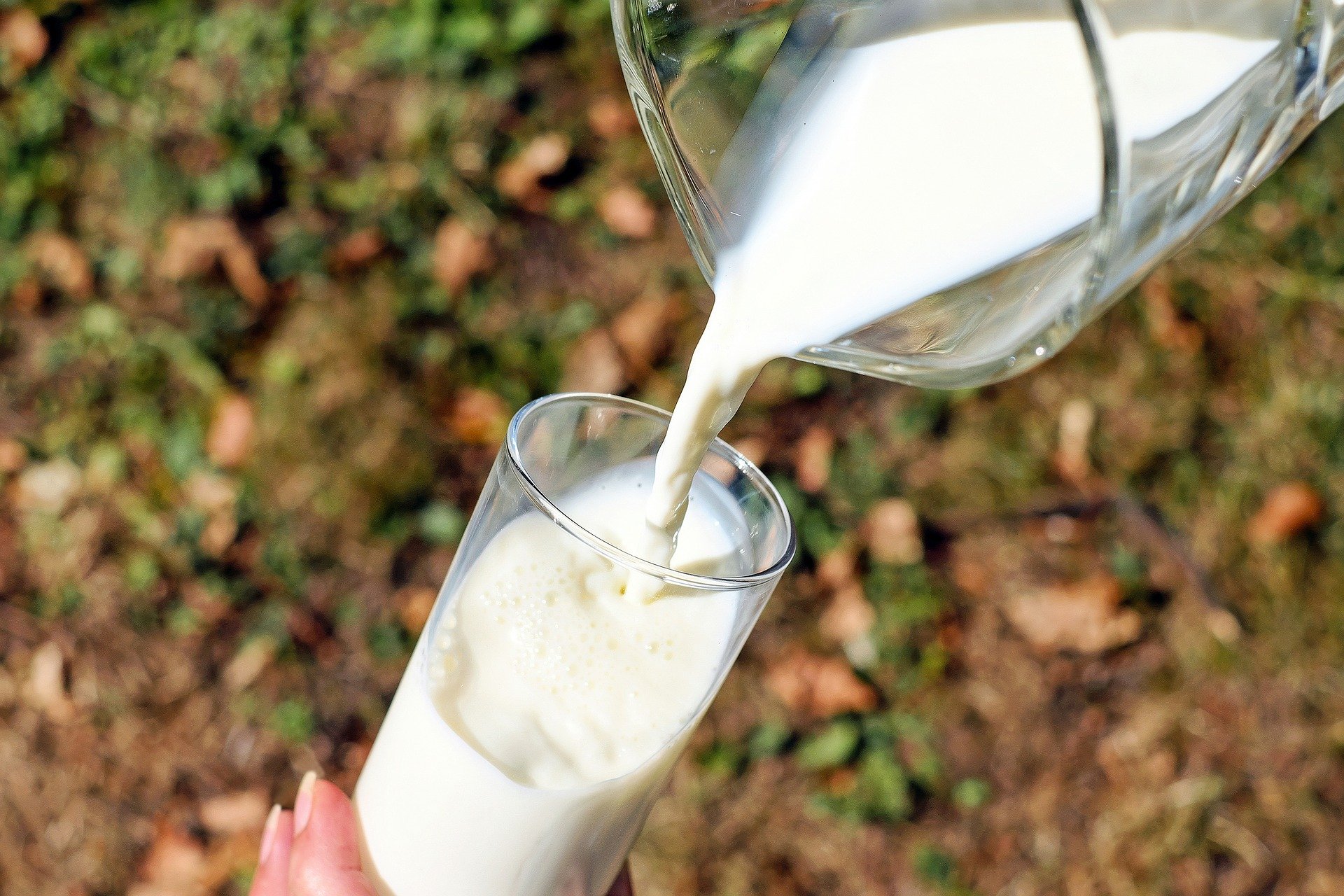 What is ESL Milk? A Comprehensive Guide

Everyone knows what UHT-milk is and many know roughly how it is produced. But what about ESL milk? This is a dairy product most consumers never heard of and definitely do not know what the production process behind this kind of milk is. I have even met people working in the dairy business who do not know how ESL-milk is produced. In this article, I will talk about what ESL-milk actually is and the various production processes available to produce it.

I. What is ESL milk?

ESL is an acronym and stands for “Extended Shelf Life” which means, as the name implies, that the milk is “longer lasting” and does not spoil as quickly as fresh milk.
Just like fresh milk, ESL milk has to be stored in the fridge regardless of whether it is opened or unopened. This way ESL milk will last drinkable for up to 4 weeks (unopened). In contrast, fresh milk will last 6 – 12 days in the fridge and ultra high temperature (UHT) milk even 3 – 6 months.

Even though the taste and nutritional composition of the milk are increasingly changed with every additional thermal and mechanical treatment, ESL milk shows good results in terms of preservation of taste and nutrition. In fact, test subjects in various experiments could not identify by taste which product is ESL milk and which traditionally pasteurized milk.
Experts of the Max Rubner Institute can confirm that the overall sensorial properties of pasteurized milk are slightly better than the ones of ESL milk. The average customer, however, is not able to determine those differences.
In 2009 the Max Rubner Institute discovered that the concentration of vitamins in ESL milk is almost similar to the concentration of pasteurized milk. Various experiments showed that only 0 – 5 percent of the vitamins get lost during the various process steps.
In many cases also milk fat, milk sugar (lactose) and minerals like calcium have been identical to pasteurized milk.
In terms of protein structure, some of the molecules are broken up in the ESL milk during the thermal treatment just like in the case of UHT milk. But this is rather an advantage than a disadvantage as this means that the milk becomes more digestible for humans. Beside the above facts the nutritional value of ESL milk is basically identical to pasteurized milk according to the Max Rubner Institute.

How and when did the ESL milk enter the market and what is the current market situation?
Everything started (in Germany at least) in the mid-90s when an organic dairy farmer ended up with more organic milk than he could actually sell. However, he did not want his high-quality milk to be processed to UHT milk.
So he approached the biggest milk processor in his region and together they came up with the idea to make the first HT ESL milk. In 1996 the first ESL milk could be bought in German supermarkets.
Even though ESL milk came along with big advantages for farmers and milk processors, the German retail was rather reluctant. So that ESL milk remained a niche product until 2005.
Everything changed after 2005 when there were no strict regulations that prescribe how to advertise and name ESL milk. That means there was no need to label ESL milk as an HT product or notify the customer in any other way that it differs from traditionally pasteurized milk. The reason for this approach by the EU regulators were the numerous production processes which were developed to make ESL milk like e.g. microfiltration, direct and indirect heating etc. As a consequence pasteurized milk was simply replaced with ESL milk, still keeping the label “Fresh Milk”.
This fact made the fresh milk market share of ESL milk jump from 14 % in 2005 to as high as 80 % in 2008 (figures in Germany). Nowadays traditional fresh milk can be considered the niche product that ESL milk was before.
With the rise of the market share, the price of ESL milk dropped considerably. Although ESL Milk had a relatively high price in the early years due to the status of an innovative product, the price today is just as under pressure as that of other milk products.

IV. What are the ESL Production Methods/Processes?

all the above processing alternatives are equally valid ways to make ESL milk, there are no laws or regulations which prescribe a certain production method for ESL milk.

What follows is a more specific description of all the single methods.

1. indirect heating through a plate or tubular heat exchanger

This is probably the most common method to produce ESL milk (together with direct heating) because this method allows achieving the highest shelf live results.
For this process traditionally pasteurized (and standardized) milk is needed as a basis. After the milk is pasteurized it is then gradually heated by flowing through a PHE or THE until it reaches a temperature of 127 °C which is then held for up to three seconds. After that, the milk is either filled or stored.
Storage temperature is at around 5 °C and may by no means rise above 8 °C otherwise we would corrupt the shelf life of the milk.

As already mentioned this is one of the most common ways to produce ESL milk. Just like for indirect heating we need pasteurized and standardized milk as our base product.
The milk is heated in a two-stage process, first to 70 °C – 85 °C and then to 127 °C – 130 °C by means of direct heating with steam. The final milk temperature is held for up to three seconds before it is cooled down to 70 °C – 85 °C again. In this kind of systems cooling is done in a vessel also called a flash cooler which has two purposes:
Lastly, the milk is homogenized with an aseptic homogenizer and cooled down to 5 ° C storage temperature.

This method was developed to further decrease thermal stress on the milk and to improve its sensory qualities.
The first step in this process is to separate the cream from the milk. Afterward, the skimmed milk is sterilized through MF. MF plants apply a so-called cross-flow technique where ceramic membranes with a pore size between 0.8 µm and 1.4 µm are used.
99.5 – 99.9 % of all germs are held back by the membranes and gathered in the MF retentate. The cream that was previously separated from the milk is heated to temperatures of up to 110 °C and held at this level for four to six seconds before added to the filtrated milk to reach the required fat content (skimmed, semi-skimmed, whole).
Cheese dairies usually have an additional process step. They reuse the retentate by adding it to the cream and homogenizing it before adding the cream to the milk for standardization. If you want ESL milk as the final product this is not necessarily recommended to do because it can decrease your shelf live.
As the last step, the standardized milk is pasteurized, homogenized and finally cooled down to storage temperature.

DF is in all its processing steps identical to MF, except for the filtration process itself. Which I will now describe.
DF uses another filtration principle than MF which is derived from the beverage industry. In DF we have two filter units, one pre-filter, and a final-filter. Both units consist of several polypropylene filter candles with pores that measure 0.3 µm in the pre-filters and 0.2 µm in the final filters.
A retentate is not produced. In this kind of filtration as all the germs and solids which are held back by the filters are collected in the pores and not on their surface.
As you can guess by the pore size DF captures even more germs which can increase the shelf live of the milk.

This is a more recent method to produce ESL milk even though it uses a very traditional approach by simply enhancing milk pasteurization by integrating two bacteria removal separators (bactofuges) in series.
This way a considerable amount of spores are removed from the milk mechanically. As the spores have a higher specific density than the milk and the cream they can be separated by using centrifugal force.
Of course, the milk also goes through traditional pasteurization after double bactofugation and separation (milk/cream). The shelf life of this milk can reach 20 days or more.

As you can see ESL milk has quite an interesting history. It has developed from a niche product to a market-dominating product within around 13 years. Interesting about this is that hardly anyone (mainly consumers) was really aware of this development because of the lack of labeling regulations. At this point, I will not judge whether this was good or bad as there are reasonable arguments for both sides and this is a topic to which I could dedicate another article in the future.
Studies prove that in most cases the consumer does not even taste the difference between ESL and traditionally pasteurized milk. This is not the case with UHT milk though which often has a slightly burned taste. Hence it is a logical move that especially the retail prefers ESL over pasteurized milk because of the lack of taste and sensorial differences and higher shelf live which makes handling and logistics more efficient.
Besides ESL milk does not equal ESL milk. There are five different ways to produce this kind of milk and all of them have their own effects on taste, smell and vitamin content. The process you choose mainly depends on how high you set your bar for quality and the financial resources at hand.

VI. What do you think?

Have you been aware of the different processing methods for ESL milk? What do you think is the best of the five I have mentioned in this article? I am really curious to know your opinion!
If you are looking for used milk processing equipment, you can find pasteurizer, ESL and UHT lines on our Website.

What is ESL milk?

ESL is an acronym and stands for 'Extended Shelf Life' which means, as the name implies, that the milk is longer lasting and does not spoil as quickly as fresh milk.

How is ESL Milk Produced?

How does ESL Milk Taste?

ESL milk basically tastes like traditional fresh milk. In fact, test subjects in various experiments could not identify by taste which product is ESL milk and which traditionally pasteurized milk.

Any cookies that may not be particularly necessary for the website to function and is used specifically to collect user personal data via analytics, ads, other embedded contents are termed as non-necessary cookies. It is mandatory to procure user consent prior to running these cookies on your website.